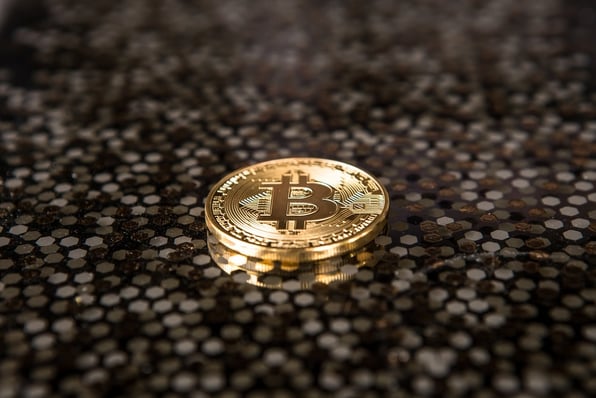 On July 20, 2019, the world marks the 50th anniversary of the first human landing on the Moon. When Neil Armstrong planted his foot on the lunar surface five decades earlier, he made good on what President John F. Kennedy promised would be America’s “moonshot bet.”

The “moonshot bet” has become a familiar term in business culture. Recently, Jeff Sprecher, the Chairman and CEO of Intercontinental Exchange, in his fourth quarter earnings conference call, termed ICE’s investment in Bakkt “a bit of a moonshot bet.” Practically speaking, however, Bakkt is a very “down to earth” solution to the grounded challenge of building trust in bitcoin and other digital assets for institutions and consumers alike.

This is no small step. This launch will usher in a new standard for accessing crypto markets. Compared to other markets, institutional participation in crypto remains constrained due to limitations like market infrastructure and regulatory certainty. This results in lower trading volumes, liquidity, and price transparency than more established markets like ICE’s Brent Crude futures contract, which has earned global trust in setting the world’s price of crude oil.

Recently, Bakkt announced that we’ll support the ICE Futures U.S. launch of daily and monthly margined futures for bitcoin by bringing regulated custody as part of the futures contract.

That’s our mission — to support the development of trusted infrastructure for securely transacting in the new market for digital assets. In advance of the start of Bakkt’s testing regimen, we wanted to share what we see as some of the benefits we’re bringing to help grow this market. Just as engineers in the 1960’s identified problems in planning a spacecraft’s lunar trajectory, we are working to meet today’s identifiable market risks with problem-solving solutions: 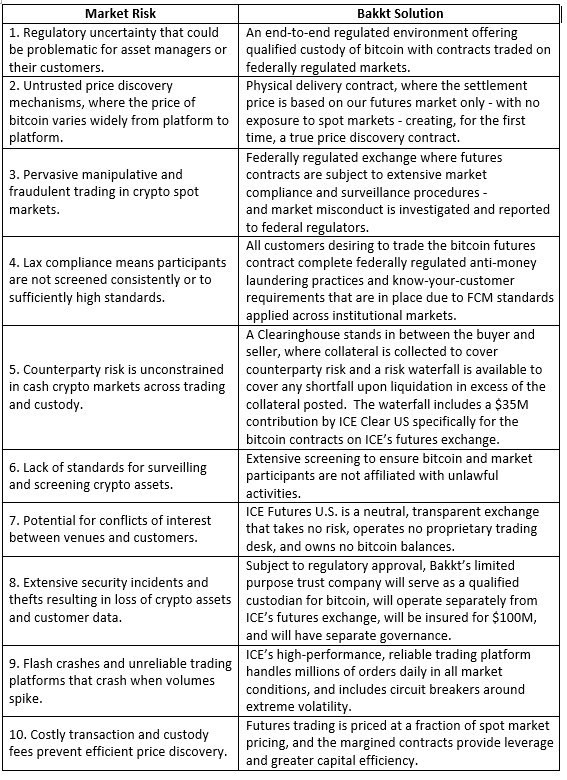 Along with these problem-solving solutions that are new to digital asset markets, Bakkt also brings all the other features that institutions would expect in a versatile and broadly accessible market, including: block trades; a fee holiday through the end of the year to encourage trading; market maker incentive programs to encourage liquid markets; and integrations with ISVs and regulated brokerage platforms.

None of this work is easy, fast, or without considerable cost. That said, we believe it will be worth the effort. Against the backdrop of a momentous anniversary of human ambition, we’re reminded of President Kennedy’s message to a Joint Session of Congress on May 25, 1961: “This nation should commit itself to achieving the goal, before this decade is out, of landing a man on the moon and returning him safely to the Earth.” NASA didn’t flinch from its challenge. Bakkt may be a form of moonshot, but it’s grounded in an earthbound endeavor to support the future of finance and the adoption of blockchain technology. In its own way, Bakkt’s efforts to help institutions launch safely into this market is the right stuff for the future.

Get ready to trade the Bakkt Bitcoin (USD) Daily and Monthly Futures by contacting us at sales@bakkt.com

Bitcoin vs. Ethereum: understanding the differences

The Bakkt Warehouse is open for business

How we built Bakkt with consumer needs first